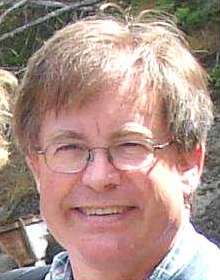 Chris McIntosh, BSc, was diagnosed with Aspergers Syndrome (AS) in 2004.

Chris has spent over 35 years researching and thinking about the nature, psychology and defense mechanisms of people with AS. He was aware of AS, and his differences, long before the diagnosis itself made it into the DSM-IV. (AS was discovered in 1944, but took 50 years to make it into the DSM. The DSM is the American Psychiatric Associations manual of diagnostic criteria.)

Chris has written on numerous Delphi Internet forums for AS only and for mixed AS/non-AS folks. He has posted many posts in the past to Bark Kirby’s OASIS forum (membership required) for parents of children with AS.

His favourite forum is Delphi Forum AS & Relationships that Work, where he has written over 1,800 posts.

Chris’s ideas have proven effective for parents of children with AS, for partners of adults who have AS, and for adults with AS.

Chris has written an article for the magazine Autism-Asperger’s Digest, on effective ways for parents to deal with Aspergers and Arguing. This article is in the current July-August 2009 issue. This magazine was gracious enough to make it the free monthly article. Click the [Read the article here] link to read the full text of the article.

Chris has appeared on radio on the Scrapple Sandwich talk radio show as a panelist on their autism show. This show can be listened to by clicking on this link http://blogtalk.vo.llnwd.net/o23/shows/show_404674.mp3, or you can right click on the link and then save the show to your computer to listen to it later.

Chris is currently working on a book for adults with AS and their partners. Chris has put his ideas into practice in his own life. He is happily married, with two step-children and four grandchildren. Chris and his wife have completely renovated their home. Chris has been employed since he was 16. He is currently working as a software developer, a job which is a good fit for many adults with AS. He is successful at his job and has developed good relationships with his supervisors, co-workers and clients.

Chris and Ariadne have developed a number of presentations and seminars aimed at adults with AS, their employers, their co-workers, and organizations that have working relationships with adults with AS.

You can e-mail Chris directly at cmasp@shaw.ca

Chris can also be reached on Twitter where he “tweets” as @cmaspt.